Every week, the Mishawaka Marian Knights Basketball team goes out and battles on the court in the hopes of a win. The team was undefeated last year, and looks to be following a similar path this year. But winning basketball games is only half of what makes the Knights remarkable. This season the Knights have been using their successes on the court to support a local family in need.

Last Christmas, God put Deborah Landgrebe and her family in the lives of the Marian Knights Basketball team. Deborah was diagnosed with cancer, and the Knights were able to help the family during the holiday season since Deborah could not physically work due to limitations of her cancer. The Landgrebe family became part of the Marian Basketball family. In the spring, things were looking up for Deborah, she even went back to work in the summer. But on November 17th, Deborah was rushed to the ER due to breathing complications. On November 22nd, God called Deborah Landgrebe home for eternal rest. Her smile was contagious to those who knew her.

"Service is a staple that the Marian Knights like to focus on. When we see an opportunity to help others in need, we feel obligated to act on it, especially for the Landgrebe's, knowing everything they have been through." - Anthony Blum, Senior

With saddened hearts, the Marian Knights basketball team decided to help Deborah's family by launching a Free Throw Challenge. The team asked their fellow students, teachers, fans, and the community to pledge a donation for every free throw they made during the month of December. The team started with a fundraising goal of $1,000 and raised it quickly after launching their campaign. Their new goal is $2,000. To pledge a donation, visit www.pledgeit.org/mishawaka.

When asked what it means to the coaches and team to be able to support the Landgrebe family, assistant head coach Tyler Dendy says, "It means everything to us. They were our inspiration to us during our undefeated season last year. Deborah was an amazing woman who was a servant to others, even when she was battling cancer. Her family has such a positive outlook on life, even when they are experiencing hard times." 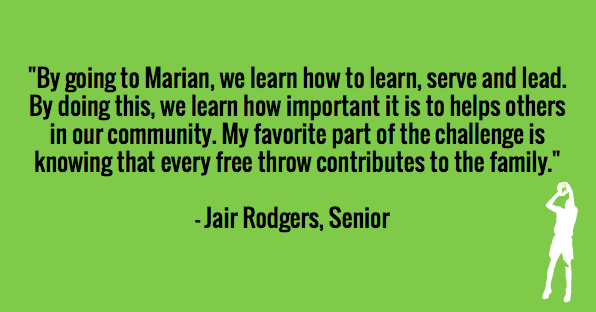 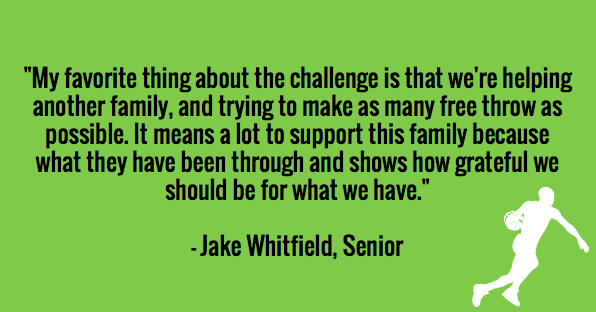